An incomplete list of the artists represented in the exhibition:

Der Fahrende Raum is a project of Kultur & Spielraum e.V., Stadtjugendamt/ Jugendkulturwerk, and is supported by the Social Department and the Cultural Department of the City of Munich. The exhibition was created in cooperation with the Munich Book Show.

In 2019 we saw with the emergence of “Fridays for Future” a clear demonstration of the enormous expectations directed towards children and youths to rethink social coexistence and to find solutions to problems of a global scale. The action space Magic Channel – The World as Narrative Space, which took place from May to June 2019 at Fahrender Raum, offered children and youths a playful approach to dispute with this growing media attention. Instead of being mere objects of coverage, the participants took the means of production into their own hands.

Throughout the entire project period, media keywords were collected in one container, while everyday objects and topics of personal importance were collected in another. After a random piece of paper was drawn from each container, the resulting pairs of terms (e.g. dolphin poverty, make-up disaster, climate shisha) could serve as starting points for storytelling. The resulting scenes and reports were then implemented both collectively and individually. Various materials and props, a stage, a film studio with a green screen, as well as printing workshops for newspapers and wall posters were available. The confrontation of the private and the everyday with the “big” themes invited both the search for one’s own forms of expression beyond imitation and parody, and also to establish connections between one’s own life circumstances and public discourses.

The exhibition brings together a selection of the terms as well as a cross-section of the resulting productions: Wall papers, newspapers, film stills, photos of the performances, storyboards, scripts and props. The action space was naturally also used by the children and young people for self-promotion and for the further development and realisation of personal feature film and novel projects. This is also reflected in the exhibition. 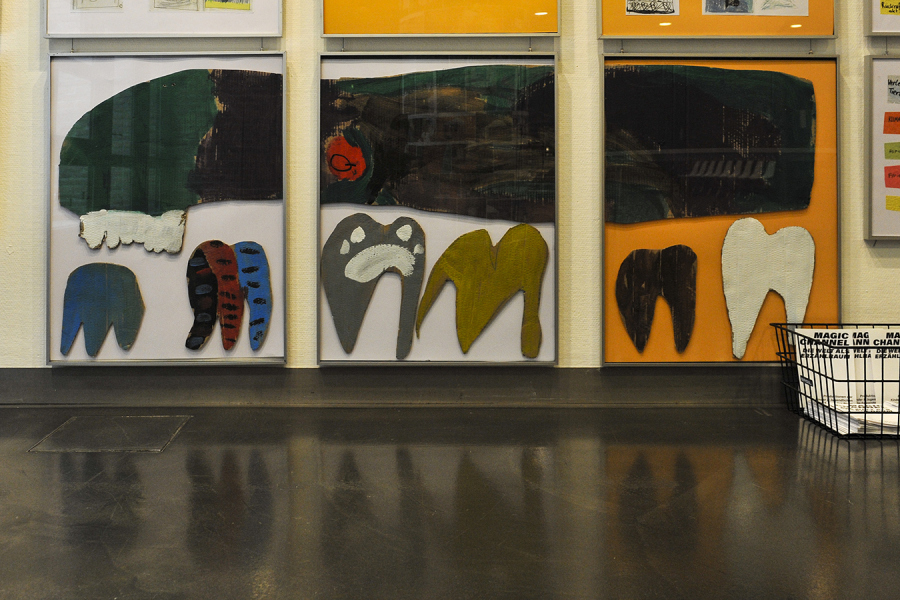 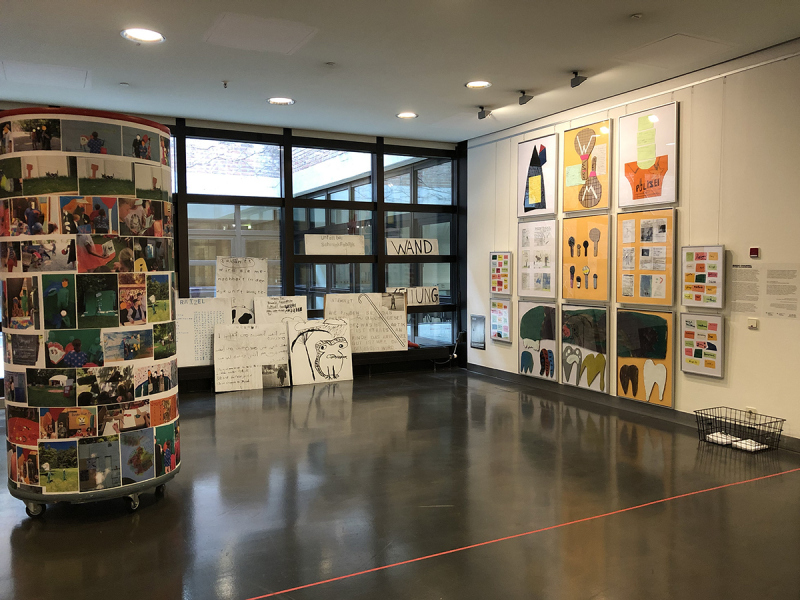 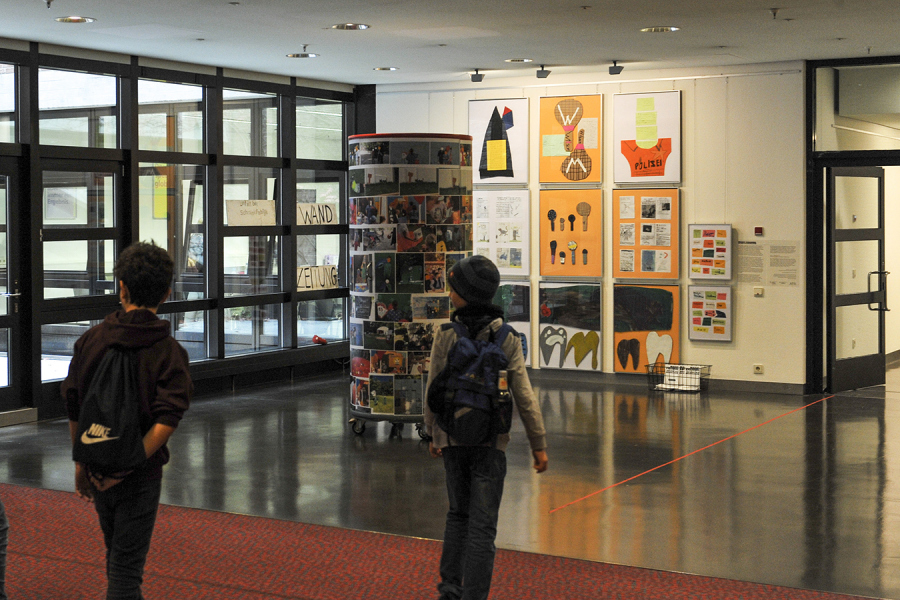 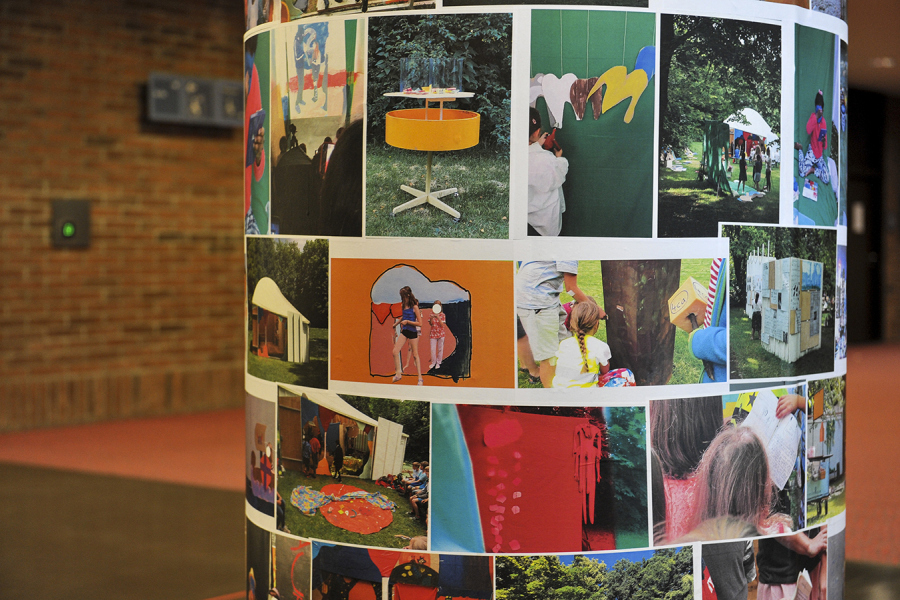 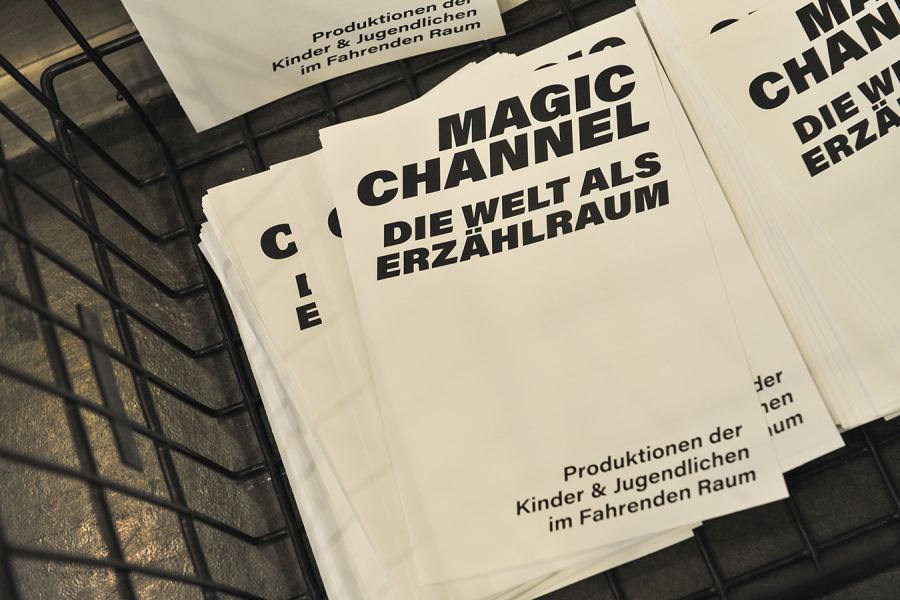 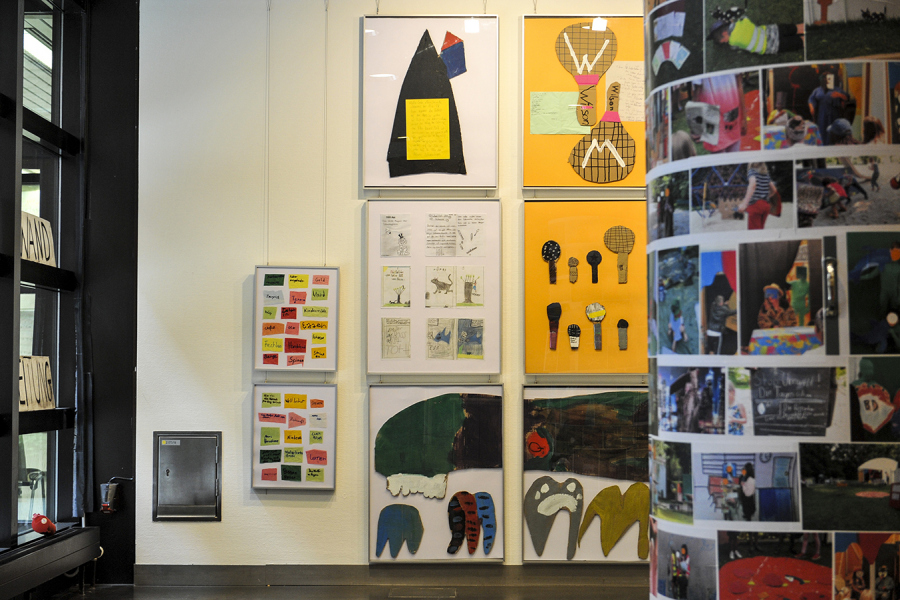 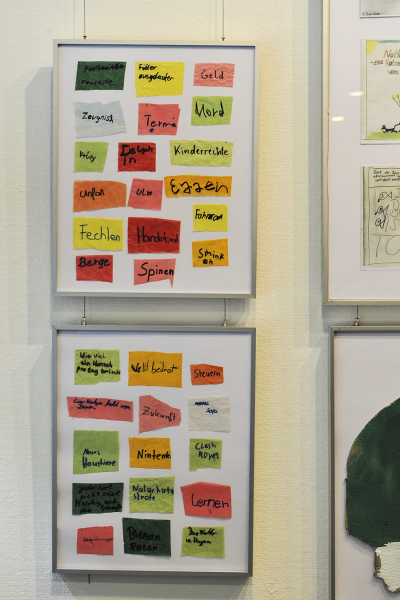 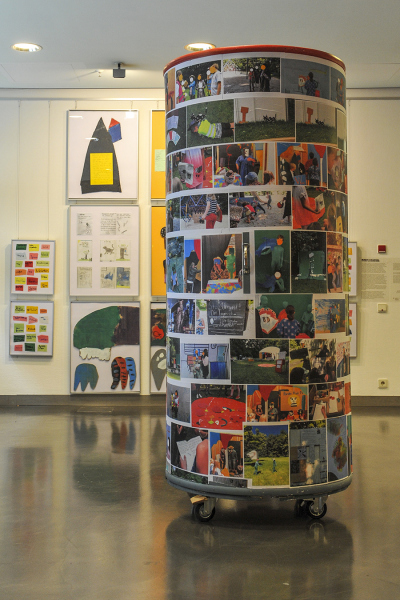