Artist, poet, dancer, Bohemian, vagabond, nature lover, pacifist, and co-founder of the artist commune Monte Verità in the Swiss Alps, Gusto Gräser (1879-1958) spent important chapters of his life in Munich.  Among those important chapters were the last sixteen years of his life, which he spent in the Freimann neighborhood where he made an extensive array of works. In the context of the Fahrende Raum, he is the inspiration for the Performative Gusto Gräser Children’s Archive, in which children and young people work on-site with artists to investigate and interpret his writing.

He poetically, but incisively illuminated his political and everyday conditions with the weight of his writings, speeches, dances, self-distributed art cards, poems, drawings, and textual images. With these works, he committed himself to the poverty and bravery” of “folly” in opposition to a sense of “too-much-ification,” because, as Gräser put it, “Üppigkeit und Übel stecken in einem Kübel” (abundance and evil go hand in hand)! He led his life as a traveller, rejecting any form of citizenship and national affiliation or coercion. But he also rejected material possessions and strove to live a life in nature, particularly in the garden city of Freimann. As an artist’s artist, his works both bear important witness to his era not only in light of the Schwabing Bohemian scene and his artistic, political activities in the Bavarian Soviet Republic, but also as a point of reference for other artists and writers of his time: he makes appearances in Hermann Hesse’s novel Demian and Moritz Engert’s silhouettes.

probably because neither master nor servant-

I live as a friend; well that is rare

he couldn’t possibly fit in any less!”

The Performative Gusto Gräser Children’s Archive is a running program under the aegis of the Fahrender Raum.  It seeks to facilitate contemporary inquiry, vibrant discussion, and research into Gusto Gräser’s work and life against the backdrop of the action space and its performative, artistic resources. A shifting selection of artists will work in collaboration with children and young people from Freimann—the Munich neighborhood, in which Gräser spent the last sixteen years of his life—to create small publications, performances, readings, presentations, and their own productions.

Long before today’s notion of self-publishing—running one’s own space for artistically printing and distributing material—Gusto Gräser distributed and reproduced his poetry and aphorisms in the form of graphic, self-designed printed works, pamphlets, and art cards en passant. He can still be remembered sitting on trees in Freimann, reading out his lithographic-printed pamphlets on topics like the role of authoritarian states. In keeping with the style of Gräser’s never fully realized “Bucheckernschrift” (“beechnut script”), the Fahrende Raum will produce its own small version of Gräser’s expressive typeface in the form of hand stamps and play sculptures.

In 2017 the invited artists were Camillo Grewe (Düsseldorf) and Martin Haufe (Leipzig).

The Performative Gusto Gräser Children’s Archive is based on an artistic and curatorial concept of Maximiliane Baumgartner. 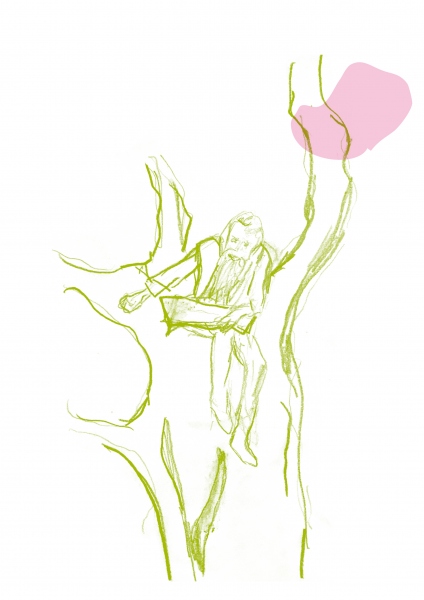 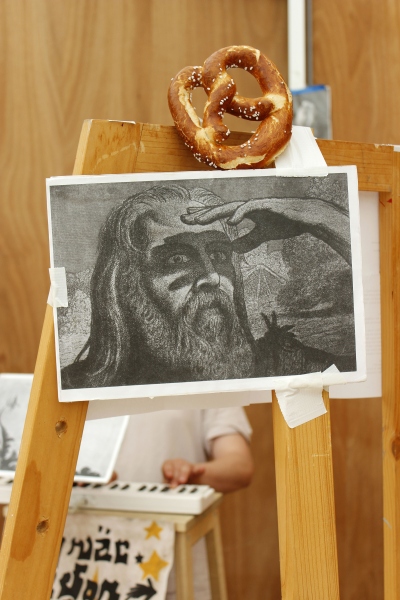 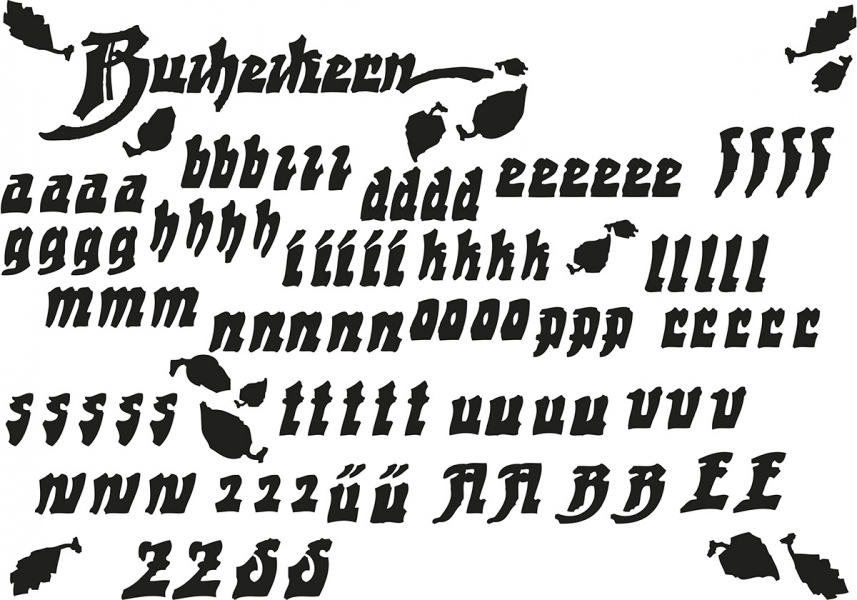 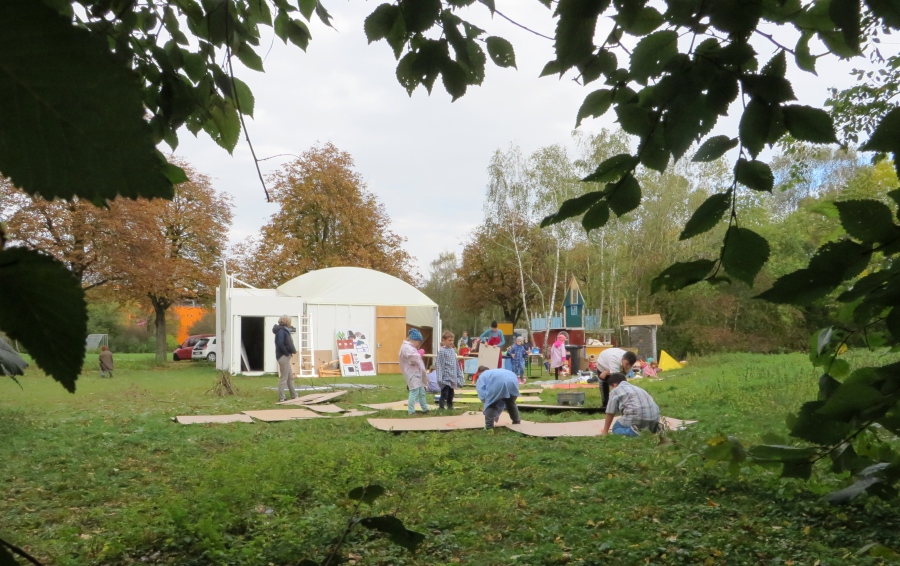 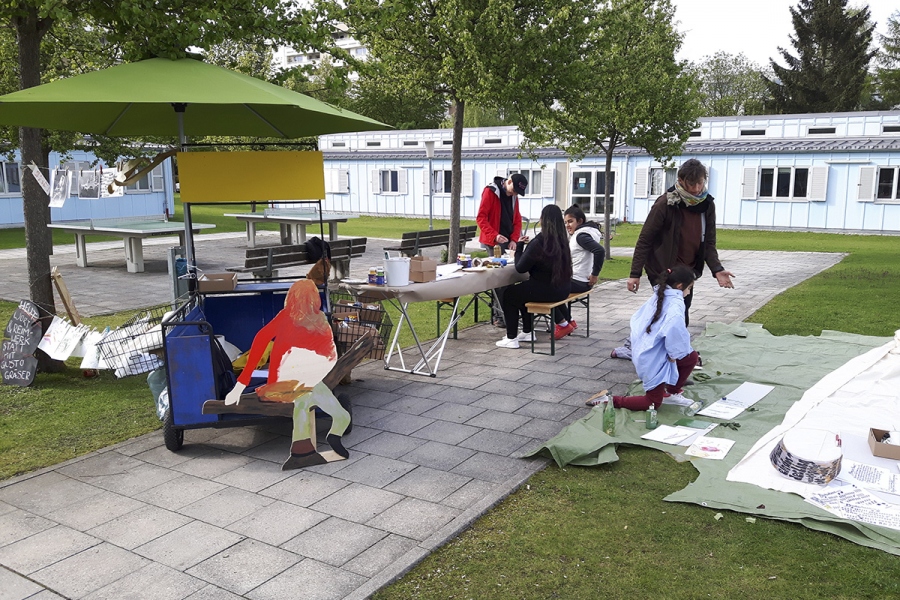 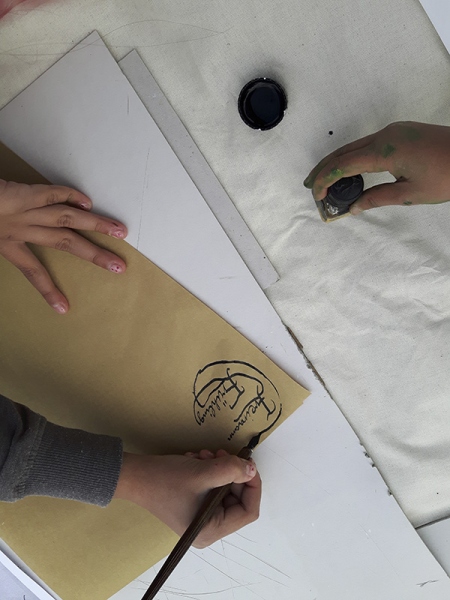 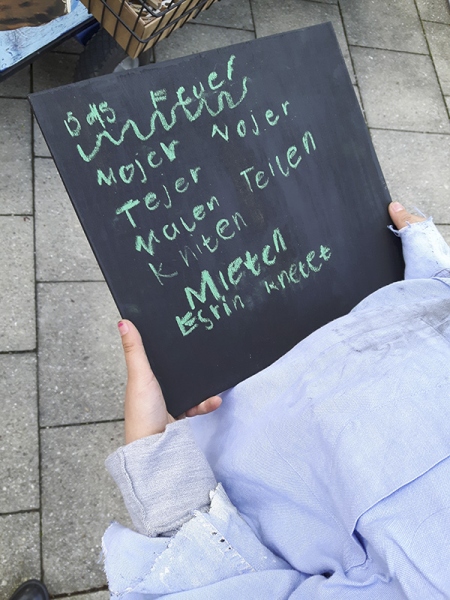 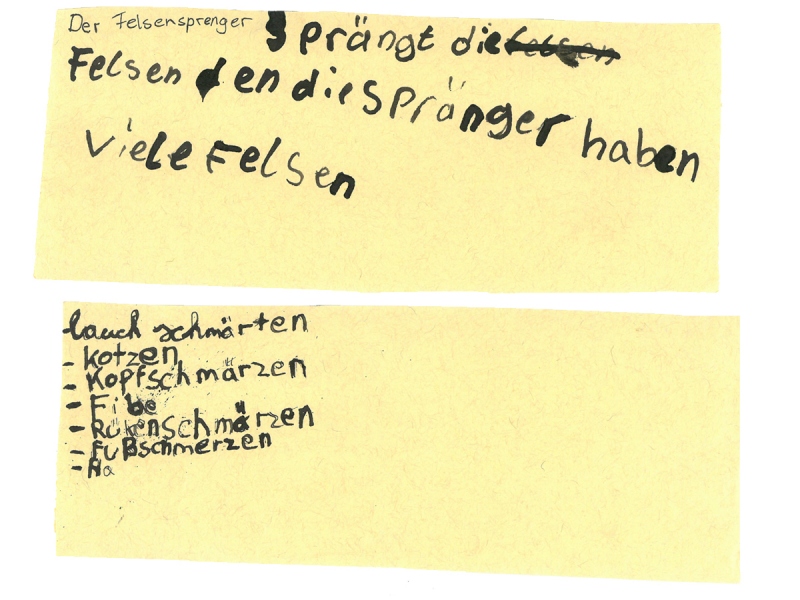 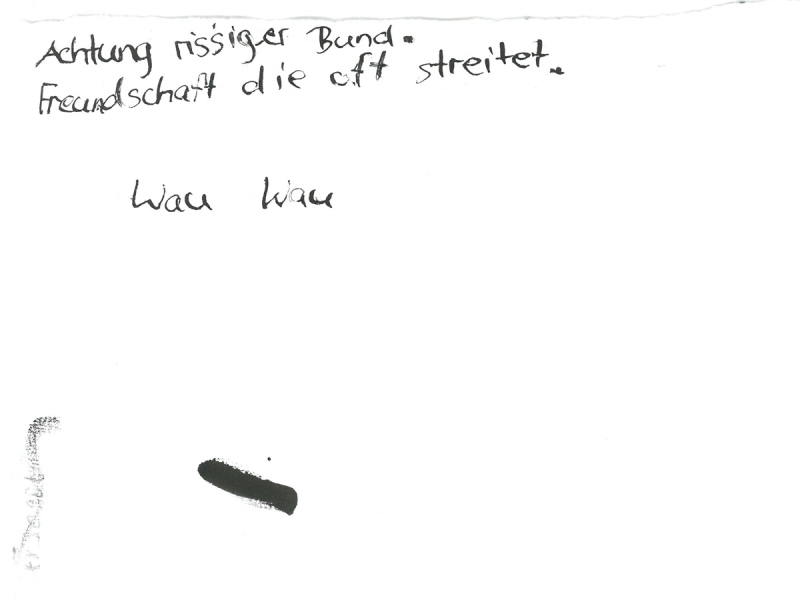 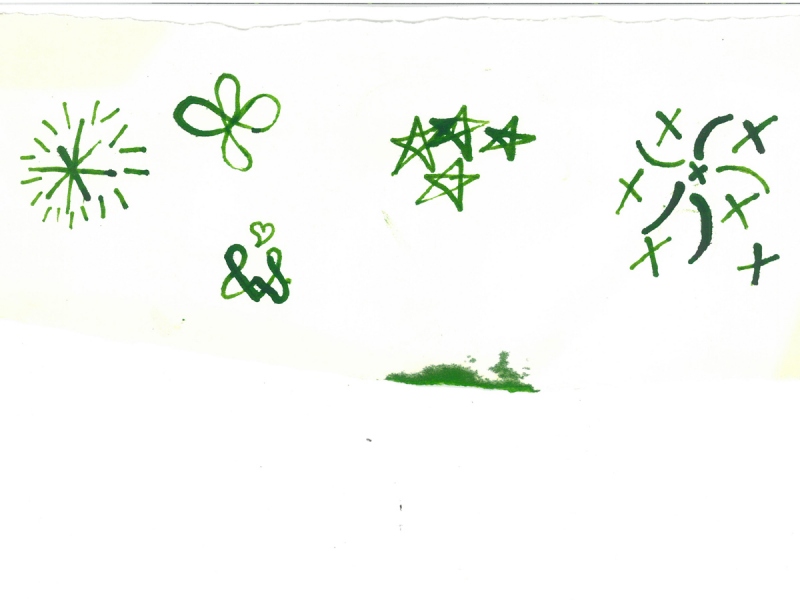