Margarita, Kristian, Martin and Vladas went to The Royal Danish Academy of Fine Arts together and have been collaborating since then in different constellations and for different projects, emphasizing on group dynamics, architecture, pedagogies and play. On their residency at Der Fahrende Raum, their project brings together their common interests of public spaces, and aesthetical spatial questions as well as interests in methods of research and pedagogy – here especially with the theme of action-pedagogy as a header. Over three months they will among other conduct open workshops in which to investigate, learn and share knowledge and experiences about the neighbourhoods and its people.

About their project “Figure Freimann”:

How many ways can we use our neighbourhood to perform a play? Can we combine the different parts of Freimann and use them for this? What about putting on a long beard and taking a stroll?

This coming Summer Der Fahrende Raum would like to invite the whole community in the area of Freimann, from children to elderly, you are all invited to partake in the open workshops where we play in and with the city.

We will investigate, print magazines, built props, stage them and dress up. This will all be part of a game where we will observe, investigate and learn from the different parts of the Freimann. By parts we mean both parts of the city as well as parts of the history and ecology of the city. Through May, June and July we will all put these parts of Freimann together and shape them into elements for theatre! 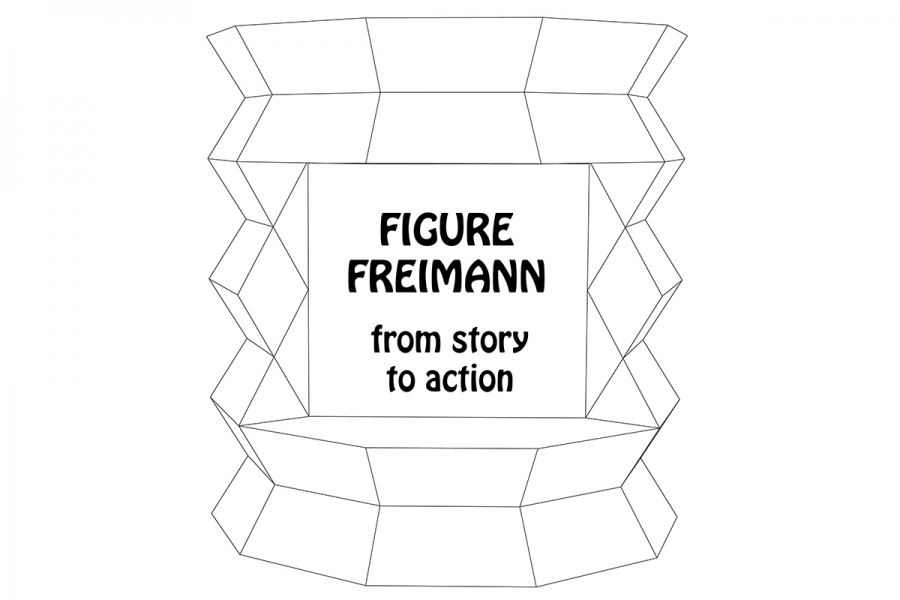 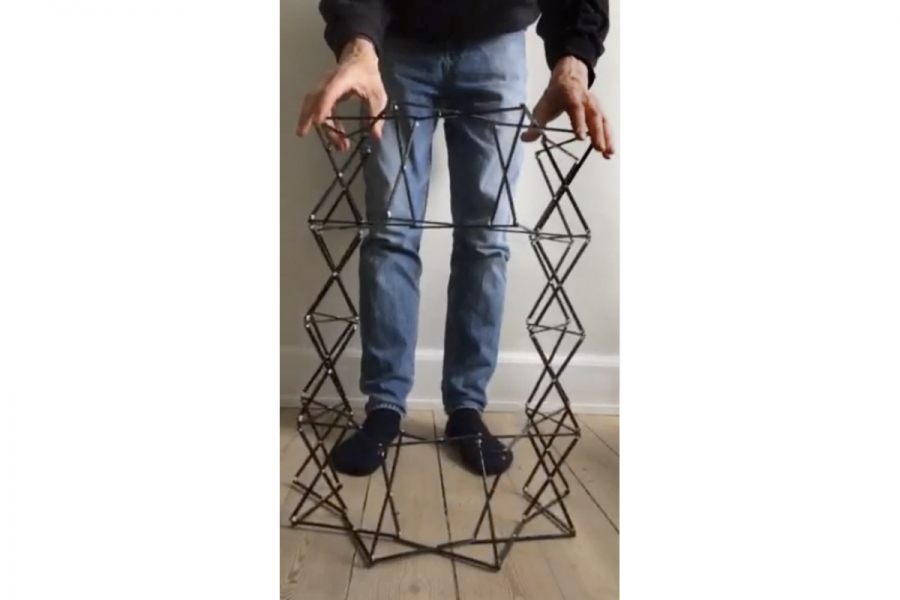 “With our visit to Freimann and Der Fahrender Raum we would like to make a series of open workshops where different parts of local history, sites and areas of the neighbourhood can come together into a storytelling. In doing so, we will employ different ways of looking at a city. For example we will focus on the limits and boarders of urban space or its intersections, collective memory, etc. Using such different views as a method for mapping, we would like to collaborate with the neighbourhood’s children in games where we observe, explore, record and find many aspects of the different sites. In doing so, we as facilitators will be able to learn about the neighbourhood’s life from the perspective of a child, what they find important, how they interact, what they like or don’t like and especially how they can envision the city to be something else.

This imaginative method will be actualized by making a small stage with which to perform figure theatre with objects and tell different perspectives. These objects we would like to make along with the children based on their observations and stories. With the objects as a collection of potential actors, the small stage will become an open stage for constructing and reconstructing narratives to think up ideas and fantasies about the public space in perhaps another kind of Freimann. Later in the period, we will start to formulate and illustrate the different scenes in a format that can be understood by adults.” 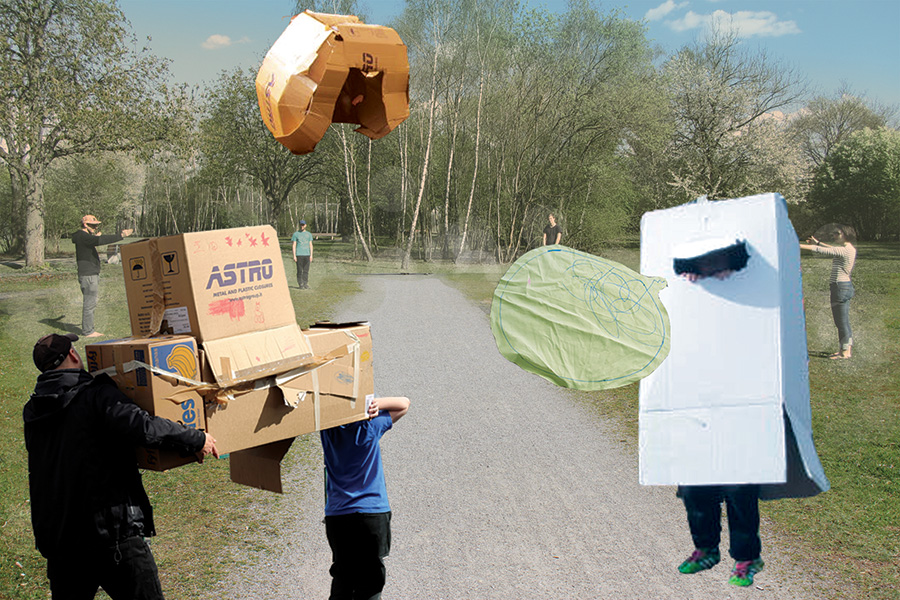