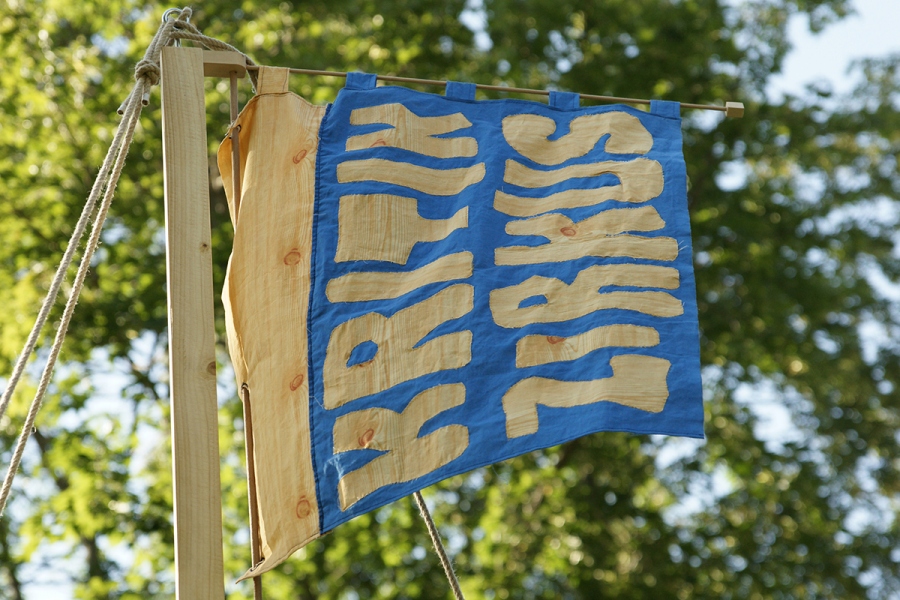 In answer to the the question how he has made it through life without a permanent job and avoiding the use of money, Gusto Gräser once said “I always find somewhere to lay my head.” This quotation provides the perfect intersection with Martin Haufe and his work, an artist who for several years has researched the subject of frienfdship. His examination has resulted in a lecture, silkscreens, video interviews as well as several performances. If Gräser’s words are seen from a present perspective, he seemed to be very aware of the roll of symbolic and social capital. One is reminded of a second quotation: After Gräser refused to join the army, and was therefore threatened with execution, he responded, “do what you must.” The officials were so surprised that they let him go on with his work. In these examples an attitude reveals itself that is both gentle and determined. He is a role model and every bit as relevant now as he was then.

Beyond the eventful story of the person of Gräser, he has also produced an extensive body of artistic work that can be described as textual imagery – multi-colored lithographs, printed with his own decorative script. The texts within these works have a thoroughly social-revolutionary character, criticizing the exploitation of nature, as well as making constant reference to pacifistic and anti-nationalistic themes. The magazine workshop of “Der Fahrende Raum” (Transient Spaces) sees itself within this tradition. Children and young people participate by checking Gräser’s ideas against current attitudes, as well as conceiving, designing and distributing personal hand-writing styles and self-publications. Afterwards, Martin Haufe develops small, performative scenes, and the resulting texts are transferred to textiles of all sorts, which will be made available for use as props for performances.

Martin Haufe will also conduct interviews in the senior citizen’s home Kieferngarten that will be shown later as part of his performance “It’s not the reason why its collapsing but it doesn’t help either.” 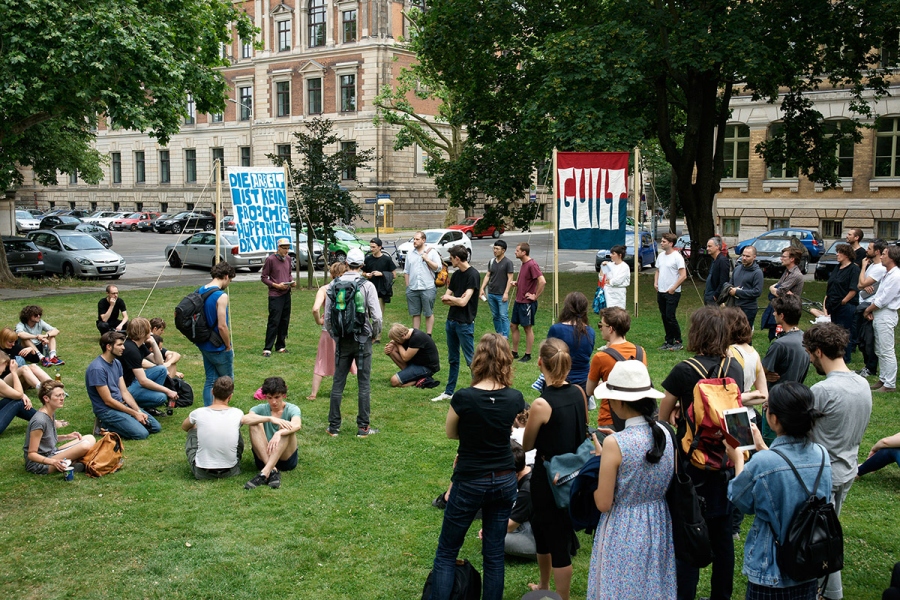 Martin Haufe examines esthetic and socio-political questions in his artistic work. He studied media art at the Hochschule für Grafik und Buchkunst Leipzig, as well as at the Royal Danish Academy of Fine arts. From 2012-2016 he studied under a scholarship from the Rosa Luxemburg Stiftung in addition to several research stays in Hanoi, Vietnam.

He is currently exploring the topic of “friendship.” The process has resulted in lectures, silkscreens, video interviews as well as several performances. Over the course of his work, intersections with other fields such as psychology and sociology have played a roll. Martin Haufe is part of the group GREATER FORM, which deals with self-organizing forms of learning and pedagogical concepts. 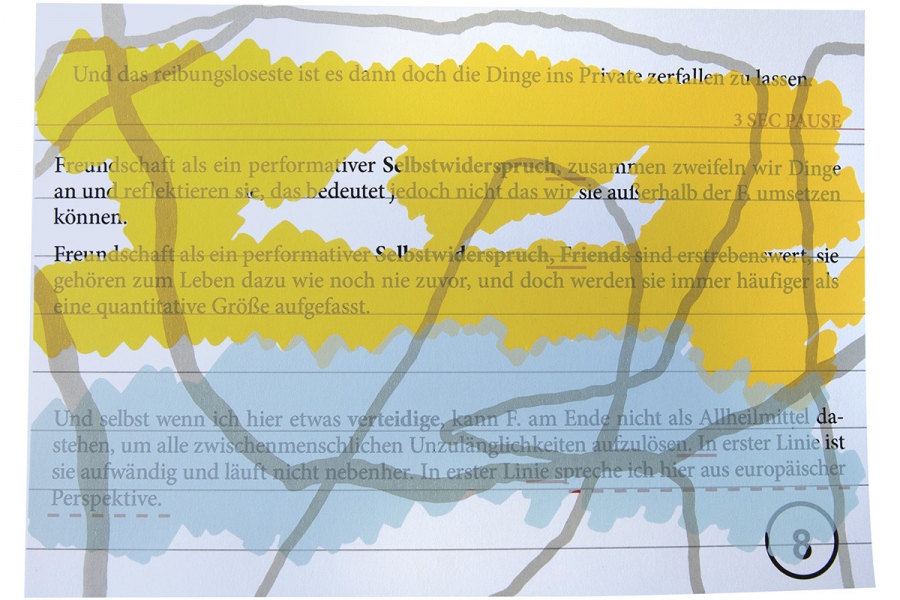